Creativity in the Classroom: Caesar’s Footsteps

Welcome to our Creativity in the Classroom series! In this series, we share some of our favourite activities, games and challenges to stimulate creative learning on curriculum topics. All ideas come from our online teaching resource, Uno. To find even more engaging activities and interactive videos, visit the Uno website and sign up for your free trial! 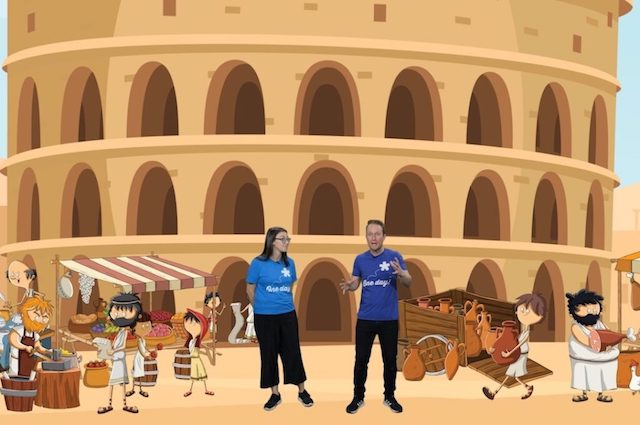 We love Roman workshops here at One Day Creative. In fact, our Ancient Rome workshop for KS2/P4-7 was one of the very first we filmed and uploaded to our online teaching resource, Uno!

From amazing architecture to legendary warriors, the Roman history topic is jam-packed with fascinating facts. Today, we want to share one of our favourite Roman workshop games with you. It’s called ‘Caesar’s Footsteps’!

This game is a re-enactment of the classic children’s game, Grandma’s Footsteps. Use it as a tool mid-topic to explore the relationship between Julius Caesar, and his ‘friend’, Brutus. 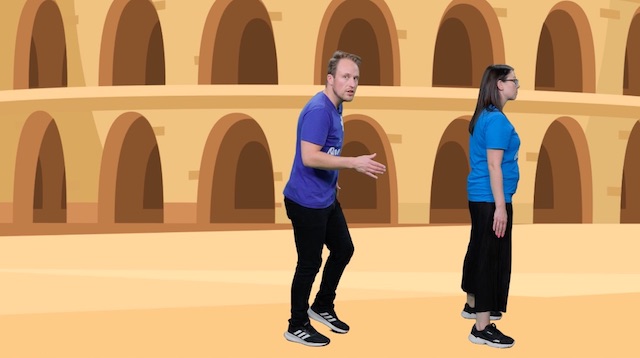 Before you begin, make sure you have covered the basics of Roman government. Here is a great resource to help explain what democracy is to children.

Then, if you haven’t already, it’s time to introduce the characters of Julius Caesar and Brutus. Julius Caesar was a famous Roman Emperor. Brutus was originally his friend, but soon began to think Caesar was becoming too ambitious. In order to defend the democracy the Romans had created, Brutus crept up on Caesar and stabbed him in the back.

Pretty simple, right?! Here are some bonus extras you can add to this Roman workshop game to enhance learning. 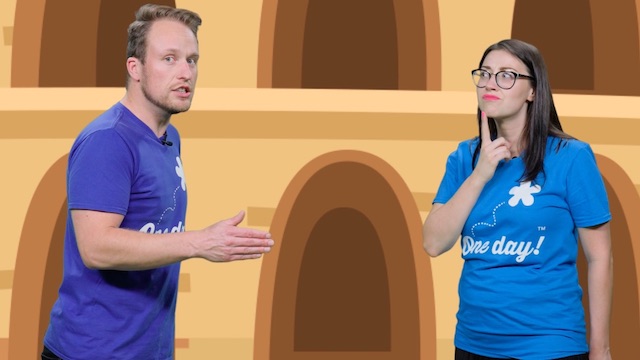 If you’d like to learn more tips for improving Creativity in the Classroom, take a look at our online teaching resource, Uno. This easy-to-use website is packed with interactive videos and teacher guides on a wide range of topics. Please get in touch to find out more and begin a free trial for your school.

Enter a frozen world and learn all about icy polar regions, incredible animals and daring adventurers by song!

As many of us gear up for Christmas, the Jewish community look forward to celebrating Hanukkah. But what is Hanukkah?

Our full-day, Stone Age #video workshop for #KS1 / P5-7 is being given the final polish and will soon be going live… https://t.co/KzRftLaCYm