Chinese New Year for Kids: The Year of the Ox! - One Day Creative
Back
Uncategorized

Chinese New Year for Kids: The Year of the Ox!

Although celebrations may be a little different this year, Friday 12th February 2021 is the official start to the Chinese New Year. We say goodbye to the Year of the Rat and welcome in the Year of the Ox. Let’s have a closer look at the celebrations and what this means for the year ahead. 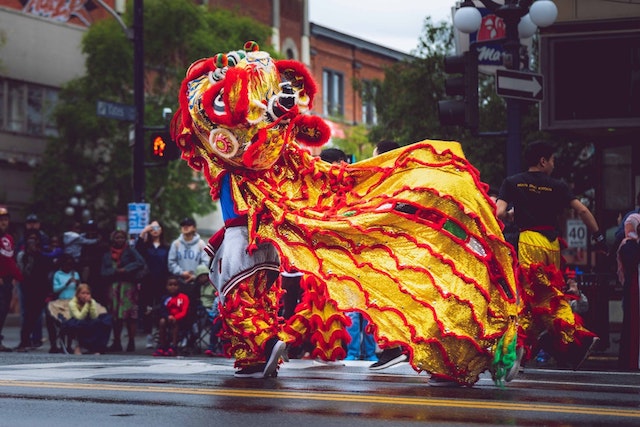 What is Chinese New Year?

Chinese New Year, also known as the Spring Festival, is celebrated across the world and marks a change in the Zodiac calendar. There are 12 animals that each represent a different year in the Chinese Zodiac.

According to the myth of the origins of the Zodiac calendar, the Jade Emperor said the order of the animals would be decided in which order they arrived to his party after crossing a river. 2021 is the year of the Ox, which was the second animal to arrive at the party. It would have been the first, however the Rat tricked the Ox into giving him a ride over the river. On arrival the Rat jumped down, landing ahead of the Ox. What a cheeky Rat!

When is Chinese New Year?

In 2021, the new year officially begins on Friday 12th February with the celebrations culminating in the magical Lantern Festival on February 26th. The official start to the new year changes each year because it marks the start of the new moon (which is called the lunar new year). However, it will usually fall between 21st January and 20th February. 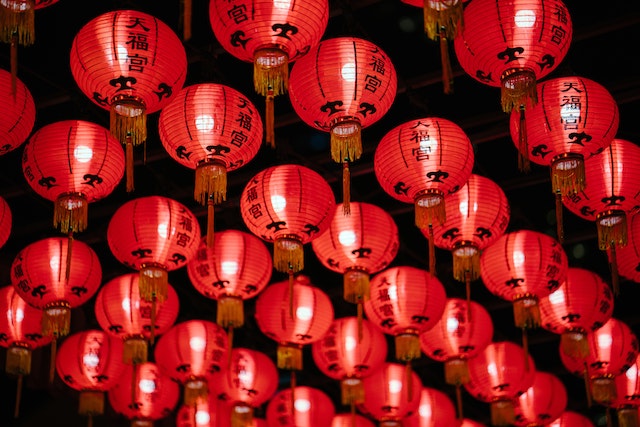 How is Chinese New Year celebrated?

The celebrations are full of colour, light and excitement and can be seen across the world. However, before these start it is very important to ensure houses are cleaned from top to bottom to make them ready. The tradition is that you don’t pick up a broom when New Year’s Day arrives!

Businesses and schools close across China for the first few days of the new year so that everyone can celebrate with their families. Traditionally, there will be parades and fireworks lit as it’s thought the noise and light will scare away evil spirits for the months ahead.

What does the Year of the Ox mean?

Each animal in the Chinese Zodiac has its own unique qualities that it brings to that year. The Ox is a valued animal in Chinese culture. It embodies the characteristics of honesty and being hard working because of its associations with agriculture. The Ox doesn’t look for praise and can be known to hide their talents but will be recognised because of their hard work.

These are the characteristics that the Ox brings to 2021, which, after the difficulties experienced across the world during 2020, may bring positive change for all but not without some hard work first! To find out more about the Chinese New Year click here.

Uno by One Day has fantastic Chinese New Year video workshops for each of EYFS, KS1 and KS2 phases. Full of cultural tidbits, song and dance, children can continue to learn about this special time of year whilst remote learning. Featuring Dragon Dances, the legend of the Lantern Festival and the story of the Chinese Zodiac both at home or in the classroom. Visit Uno to find out more and start your free trial!

This Safer Internet Day, help your KS2 class explore the relationship between online gaming and emotions.

How can Captain Digi's treasure chest help your pupils stay safe when surfing the internet? Come on in and find out!